Cheaper MPPT solar charge controllers have become ubiquitous. Many of these sport RS232 or RS485/Modbus ports allowing the controllers to be extended via proprietary hardware/software for advanced monitoring and control use-cases.

Since this Spring I have been experimenting with the EPever (EPSolar) line of MPPT solar charge controllers which have RS485 interfaces and thought it would be worthwhile to share my learnings in the hope they will be useful to others.

This post will focus on the specific hardware I worked with, however the techniques are applicable to similar hardware.

At the bottom of this post I have linked to similar projects and build logs - while there are many, I believe the content here adds materially in terms of discussing the downsides of using the Raspberry Pi for this application and, for the esp8266 part of the build, showing the simpler wiring which results from choosing an RS485 adapter which does automatic flow control.

Early in the Spring I was configuring a couple tiny independent solar systems - one to power networking hardware to get internet on an off-grid property from a local WISP and another to provide incidental power for the construction phase of my skoolie conversion.

Naturally, I wanted to capture data on the performance of these systems over time to help gain a more intuitive hands-on understanding of the power small "renewable" energy systems can provide. Also I anticipate the data will be helpful in understanding the aging of the systems' batteries - and possibly panels.

My initial attempts involved a Raspberry Pi 3B and a RS485-to-RS232 adapter. I used a bit of python code and the excellent epsolar-tracer library to poll the Tracer 3210AN and publishing metrics to Carbon/Graphite.

After a fairly steep learning curve with half-duplex RS485 adapters, I got that working and was pleased to have some day-over-day performance data.

At this point my main complaint was that since only one device can connect to the RS485 port at a time, I couldn't have both remote monitoring and the handy MT-50 connected simultaneously.

I set out to figure out how to get both the local display and remote monitoring working at the same time.

Since the Raspberry Pi only has 1 hardware serial port, I got some USB serial adapters and decided to proxy requests from the MT-50 while still polling for data to publish to Carbon.

Proxying the requests was unexpectedly complicated because I discovered that the MT-50 doesn't read data via the documented modbus commands. Most important of the undocumented commands the MT-50 uses is one for reading sparse/discontiguous registers which I have documented in this gist.

With the protocol bits figured out and a nice watertight box, I had a passable system component which publishes metrics and still allows the local display to work.

Unfortunately, there were still several issues with this strategy;

And Now for Something A Little Different

I decided to drop the Raspberry Pi and MT-50 in favor of a much simpler component built around the esp8266. This has a number of advantages;

Maintaining the ssh tunnel from the esp8266 didn't seem practical so I switched to publishing the metrics to an authenticated InfluxDB endpoint over HTTPS. 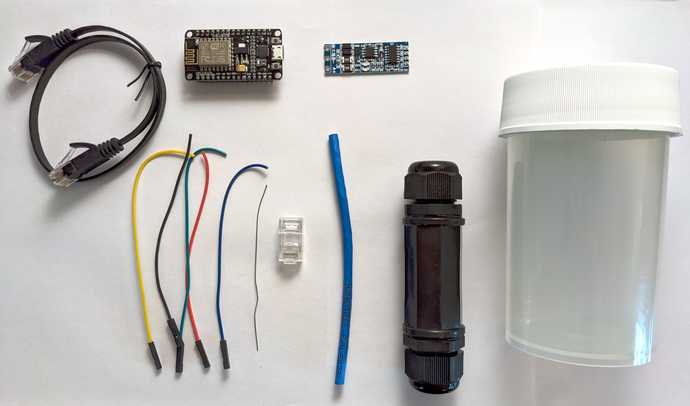 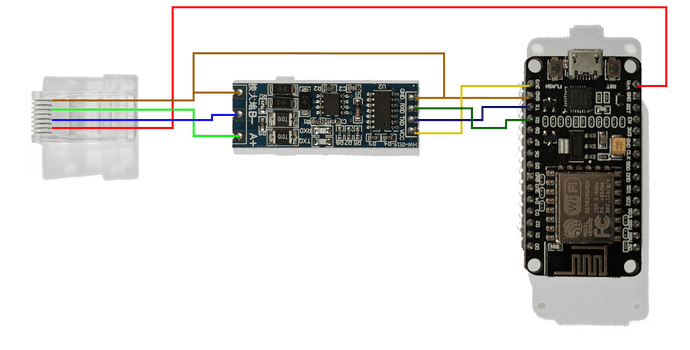 Start by stripping about 2" of the outer ethernet cable housing and removing the striped wires. The ground and +5v - brown and orange respectively - are left long while the RS485 A/B wires are trimmed short.

Next the RS485 adapter is grounded. 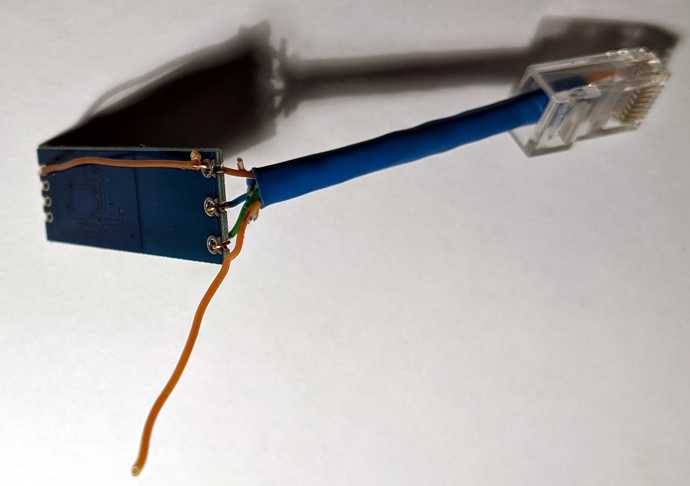 Then jumper wires are added to the adapter and the whole thing is assembled into the case. 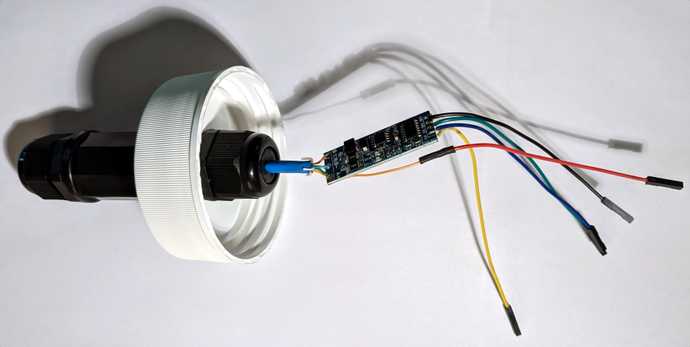 Here is the fully assembled unit connected and powered up. 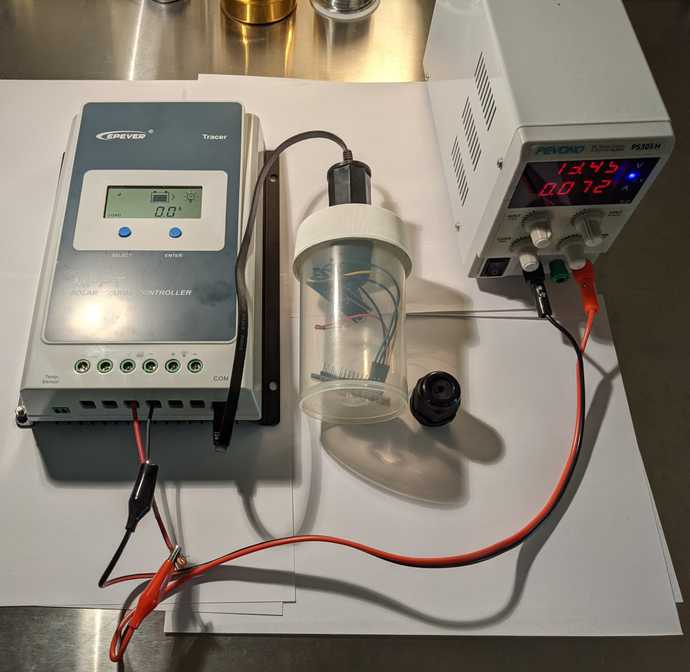 Related Work of Others